Difference between revisions of "Orenstia"

The Socialist Federative Republic of Orenstia, commonly known as Orenstia, the SFRO or the Socialist Federative Republic (SFR), is a sovereign state located in northeast Levantia. Covering an area of 1,665,077 km², the SFRO is bordered by the Deric States to the south, Kuhlfros to the north, and the Levantine Ocean to the east. The nation is a democratic socialist federation comprising of 5 republics; Karva, Keskimaa, Varska, Iuhra and Samia - with its capital in the city of Cered. As a country it is heavily decentralized; with its constituent republics managing their own affairs while the federal government plays a limited role in domestic governance.

Although human history on eastern Levantia stretches for decades, modern Orenstia was founded in 1877 following the union of 4 kingdoms into the unified Kingdom of Orenstia. It constituted the first union between the Uralic peoples of Levantia, following centuries of influence from the Latin states to the south, and Kuhlfros from the north. The death of Stephen I of Orentsia in 1915 would lead to turmoil in the Kingdom, as the rise of his successor would grow the power of the nation's aristocracy, much against the wishes of the liberalizing population, exposed to the growing republican and socialist movements in the neighbouring Holy Levantine Empire. A major crop failure in 1926 would be the tipping point; sparking a republican revolution that would overturn and abolish the monarchy in 1933 following a bloody civil war, further fanning the flames of revolution in the neighbouring states of Dericania. A socialist federation was proclaimed in Cered in 1935, although the new government secretly began talks with Urcea to refrain from participating in the Third Fratricide in exchange for its independence. Under the mandate to develop and ensure the continuation of socialism in Orentsia, the Federative Republic was led by the League of Socialists as a single party state until the end of the Great War, when the nation finally held its first elections.

Today, Orenstia is a semi-presidential socialist republic led by the collective Federal Executive Commission and the Council of Republics. It is a regional power with a growing economy and increasing civil liberties. It is one of the world's largest exporters and importers. Although the nation remains socialist, reforms reducing the control of the central government over the economy proved successful, with the nation's markets dominated by state-owned and collectively-owned cooperatives operating on a profit basis and an increasing number of privately-owned businesses. As a highly developed nation, Orenstia offers social security, welfare, healthcare, a minimum basic income and free higher education. Orenstia is also a member of numerous international organzations, sharing close relations with both Levantine and Sarpedonian states, and participates in Operation Khyzer Rhykh.

Human settlement of the area now known as modern Orenstia began 300,000 years ago. By the conclusion of the region's prehistoric period, much of eastern Levantia, from the Vandarch to Varska, was dominated by Uralic societies. However, a mass Latinic invasion from the south in the 1st century would push the peoples of the many Finno-Urgric polities into what is now modern-day Orenstia. Under the influence of Latin feudal systems, the region would be unified by 4 kingdoms; the Kingdom of Varska, the Kingdom of Karva, the Kingdom of Keskimaa and the Kingdom of Iuhra by the dawn of the 1st millenium.

The concept of Orenstia, however, would emerge in the early 1800s and gained prominence through the Felszian Movement as a wave of nationalism spread across Levantia. The name was derived from the word Osta, when combined meaning "port land" or "east land". The state officially united in 1877 as the Kingdom of Varskians, Karvans, Keskimaans and Iuhrians, although the name was changed to the Kingdom of Orenstia in 1878.

The Council of Republics in Cered.

The Socialist Federative Republic of Orenstia is a semi-presidential socialist federal republic. It is a representative democracy with traditions of social justice and egalitarianism. After the abolition of single-party rule, national power has been heavily decentralized. Various offices and bodies hold federal power, which is by itself limited, as high levels of autonomy are granted to the country's constituent republics.

The Socialist Constitution establishes a form of legislative supremacy, with the bicameral Federation Congress serving as the supreme governmental institution; that is, with the power to decide on "any questions within the jurisdiction of the federal government of the Socialist Federative Republic". The Federation Congress possesses all federal power short of amending the constitution; the doing of which requires unanimous agreement among the republics. Otherwise, it has the sole ability to approve of the composition of the Council of Republics and the Federal Executive Council, to supervise over the other federal organs of governance and to overturn their decisions. The Federation Congress is comprised of the upper house, the Congress of Nations, with 500 deputies elected by the republics at large, and the lower house, the 625 seat Congress of the Union. 75% of Union deputies are elected through universal suffrage on the basis of providing a deputy for every geographical area of 600 thousand people, while 25% are elected by the members of mass organizations such as the Orenstian Federation of Trade Unions. The President of the Presidium of the Federation Congress serves as the symbolic head of state and commander-in-chief.

Orenstia's executive is composed of two collective bodies operating under a premier-presidential system, the Federal Executive Commission, serving as a collective presidency and the Council of Republics, serving as a collective premiership. The President of the Federal Executive Commission is directly elected through universal suffrage, and appoints the rest of the 4 to 5 member Commission. It most commonly presides over the issues of foreign affairs and defence, with its president chairing the National Security Commission and the State Defence Commission. The Council of Republics, elected by the Federation Congress, is a 5-member council comprised of a Congress of Nations deputy from each republic. Its president acts as a "first-among-equals". Although the Commission sets a general policy direction, the Council is considered the more powerful body; it oversees and appoints the Federal Cabinet and the National Economic Council, and is responsible for setting the legislative agenda, giving it de-facto control over domestic policymaking. Both bodies operate under a system of cabinet collective responsibility, in which members are expected to support, at least in public, the collective decisions of their respective council and the executive as a whole.

The supreme law of Orenstia is the Socialist Constitution of 1953, which establishes a federal multi-party democracy under the framework of a socialist state. It explicitly prevents rule by a single-party. It guarantees fundamental rights and freedoms that cannot be overruled or amended by any government, although a notwithstanding clause allows the federal government (with unanimous consent from atleast 3 of the republics) to suspend certain sections of the constitution for up to 6 months.

The nation's judiciary, consisting of the Federation Court and the Constitutional Court, play an important role in interpreting legislation. Under the principle of legislative supremacy, the judiciary does not have the power to strike down congressional acts, although it may suspend them and suggest amendments. Each republic nominates one justice to each of the two courts, with their nominations subject to approval by the President of the Presidium of the Federation Congress.

A socialist common law prevails in all parts of Orenstia, with criminal law a responsiblity of the federal government and is uniform nationwide. Law enforcement, however, remains the sole reponsibility of republic governments, and are conducted by municipal and republic police forces.

A meeting of the Congress of Nations.

At a federal level, Orenstia is a representative democracy that guarantees the fundamental freedoms, and has a moderate political culture of social justice and equality. Far-left or far-right politics have never been a major force in Orenstian politics. There is a pluralism of opinions represented in the national government, although they are predominately socialist and federalist in nature.

However, it can be said that such civil liberties are not extended to all viewpoints. Stemming from a precedent first established by the League of Socialists to "protect and preserve" democracy, all Orenstian federal parties support, to some extent, the discouraging of certain political viewpoints with the goal to "protect socialism and the federation". This includes institutionally discouraging nationalist sentiment and theories of vanguardist-led revolution. This has led to media self-censorship remaining prevalent and political candidates unjustly disqualified from the processes of the state. It can therefore be said that Orenstians as a whole enjoy a liberal democratic process with free and open elections, although they are subject to a system of dominant two-party rule.

Internally, the Orenstian federation is divided into eight federal subjects, with five constituent socialist republics (The Socialist Republic of Orohad acts as a constituent portion of the Socialist Federal Republic of Varska) and two federal districts. Each constituent republic is autonomous, with its own legislative and executive branches, and the right to enter, to some extent, into foreign relations. They are equally represented in the Congress of Nations and the Council of Republics. Federal districts are governed directly by the federal government.

In increasing order of population, the republics are: 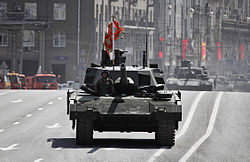 Although greatly decreased since the conclusion of the Occidental Cold War, Orenstia continues to maintain one of the largest military forces on the continent. The nation maintains a stockpile of nuclear weapons, a growing force of strategic bombers and a major tank force. In recent years, naval spending has also increased; leading to the creation of a large surface navy and a growing fleet of nuclear submarines. The country has a large and fully indigenous arms industry, with relatively little imports. It has been one of the world's top supplier of arms since 2015.

Situated at the eastern end of Levantia, Orenstia is located on the Orenstian Peninsula and the Varskan Plain. The country totals 1,665,077 kilometres squared, making it the 11th largest country in the world. It is largely dominated by a flat, temperate plain which stretches the entire height of the nation.