The First Battle of Helsena was a pivotal battle fought between Burgoignesc and Derian forces in and around the Derian town of Helsena during the Matavista Campaign of the Great War. The battle, which saw the Derians routed from the strategically valuable crossroad-town, proved to be pivotal in the Matavista Campaign and was a major contributor to the eventual Burgoignesc victory in the campaign.

A combined force of Yonderian Chasseurs and Raulie Bushrangers from the Burgoignesc Foreign Legion began their assault on the town on the 15th of December, 1929, led by Brigadier General Richard de Tassigny. Facing the Burgoignesc Legionnaires were elements of the Derian 2nd Infantry Division under General Cornelius Marenle, who offered fierce recistance but ultimately were forced to retreat from the town. The battle, which lasted seven days, would claim more than four thousand casualties of which around a thousand were killed.

Chasseurs of the 3rd JLI fighting from a ruined guardtower on the outskirts of Helsena The Burgoignesc forces present for the battle were the combined strength of the 3rd Joanusterrien Light Infantry Regiment and four battalions of the Raulie Bushrangers, fighting as the ad-hoc XXI Provisional Light Infantry Brigade. The overall force commander was Richard de Tassigny, regimental commandant of the 3rd JLI, in lieu of a provisional brigade commander.

Soldiers from the Derian 2nd Infantry Division pose before the camera The defending Derian force at Helsena was the slightly-understrength 2nd Infantry Division, a mostly conscripted force of reservists raised only a month before the battle to reconstitute the division after it was largely destroyed in battles around Hefna earlier in September.

Each Infantry Regiment consisted of three Infantry Battalions and each should in theory have had a heavy company with heavy weapons. It is worth noting, however, that since the division was at the time still being stood up it lacked many of the heavy weapons and some personnel as these were still in transit, effectively leaving the division at 80% strength and with only 20% of their heavy weapons.

Battle in the town square 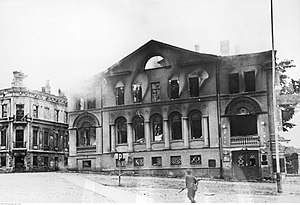