Dominic Federico Martínez (September 7, 1925 – November 11, 2007), known famously as Dom Martinez, was a Yonderian singer, Opus-winning actor and comedian. Martinez is widely regarded as one of the most popular and enduring Yonderian entertainers of the mid- and late-twentieth century, having hosted a wide variety of TV shows through the 1960s, 70s and 80s and acted in twenty-five motion pictures, particularly in frontier films. Martinez was known for his seemingly effortless charisma and self-assurance and was sometimes referred to as the "Duke of Cool".

Martinez had his breakthrough with fellow singer and comedian François Artanis in the late 1940s when they were touring Gabion's comedy clubs billed as Artanis & Martinez. The two would later form the highly influential and extremely popular song- and comedy troupe High Rollers with Bastien Renault and Richard Leclerc.

Starting in 1963, Martinez was the host of the television variety program ''The Dom Martinez Show'', which centred on Martinez's singing talents and was characterized by his relaxed, easy-going demeanour. Throughout his career, Martinez performed in concert stages, nightclubs, audio recordings and appeared in 85 film and television productions. Martinez was an extremely prolific recording artist, sometimes releasing up to four albums a year during the height of his career in the 1960s.

Martinez was born Dominic Federico Martínez on September 7, 1925 in Famichez, Vandarcôte. He was the oldest son of Ricardo Martínez (1904–1970), an Cartadaniaan immigrant, and Charlotte Martínez (née von Sernt; 1906–2004). Martinez was raised Catholic and had a particular devotion to the Virgin Mary. Martinez's family were lower middle class and lived in an apartment complex in Famichez's harbour district on the Vandarch's South coast. Dominic was the oldest of Ricardo and Charlotte Martinez's six children and attended a regular public school until the age of 16. After leaving school, Martinez worked odd jobs around Famichez, particularly at the docks where he held various jobs in the storage facilities there. Martinez was conscripted in 1943 and served with the Guard Dragoon Division of the Yonderian Defence Force as a light machinegunner. After his national service, Martinez returned to Famichez and worked at a local box factory.

Martinez began performing in the nightclubs of Famichez in 1946 where he met with François Artanis in the Black Coat bar. The two started performing as a duo and eventually signed up with production company Grandeur Worldwide to make long play records when they met with a promoter. Their first record, Artanis & Martinez Sing, was a collection of old and new love songs that made the record charts in Yonderre. The two started a nationwide tour of Yonderre in 1951 once more billed as Artanis & Martinez and drew large crowds to the country's theatres. The tour put a strain on Martinez's marriage however, and his first wife Giselle Erdeaux filed for divorce in 1952. Martinez married again later year, entering a 37-year marriage with Nora Schmidt.

In early 1953 Martinez informally formed the variety troupe High Rollers with his friend François Artanis and Bastien Renault and Richard Leclerc, two of the up-and-coming names on the Yonderian variety scene. The supergroup played sold out performances in the casinos and theatres of Yonderre in general and Vandarcôte in particular, eventually settling for Gabion as their primary base of operation. The men made films together, formed part of the Gabion social scene and were politically influential. The High Rollers were legendary for their Komeon Boulevard performances. For example, the marquee at the Grand Hotel might read DOM MARTINEZ—MAYBE FRANÇOIS—MAYBE BASTIEN. Their appearances were valuable because the city would flood with wealthy gamblers. Their act, which was always in tuxedo, consisted of each singing individual numbers, duets and trios, along with seemingly improvised slapstick and chatter. In the socially charged 1950s and 60s, their jokes revolved around adult themes, such as Artanis' womanizing and Martinez's drinking.

In 1963 Martinez began hosting the twice-monthly television variety program The Dom Martinez Show on Grandeur Worldwide's Channel 1, broadcasting nationally at 7:30PM on Fridays from the show's inception until its final episode in 1972, having taped 234 episodes. The show exploited his image as a carefree boozer. Martinez capitalized on his laid-back persona of the half-drunk crooner, hitting on women with remarks that would get anyone else slapped, and making snappy if slurred remarks about fellow celebrities during his roasts. During an interview on the TV documentary Wine, Women and Song, aired in 1988, he stated, perhaps tongue-in-cheek, that he had someone record them on cassette tape so he could listen to them. His TV show was a success regardless. The show's loose format featured quick-witted improvisation from Martinez and his weekly guests. This prompted a battle between Martinez and censors, who insisted on more scrutiny of the content. He later had trouble with Grandeur Worldwide for his off-the-cuff use of obscene Cartadaniaan phrases which brought complaints from viewers who spoke the language.

Despite Martinez's reputation as a drinker, his alcohol use was quite disciplined. He was often the first to call it a night, and when not on tour or on a film location, liked to go home to see his wife and children. He borrowed the lovable-drunk shtick from de Beauregard and Évêsque, but his convincing portrayals of heavy boozers in All the Duke's men and Frontier led to unsubstantiated claims of alcoholism. After Anestezye Slavyihn won a successful reelection campaign in Diamavya in 1967, her doctrine quickly began to spread throughout the rest of Levantia. This meant that many Yonderian citizens abandoned their traditional posture of supporting being a largely neutral nation, and right wing groups throughout the country began to raise support for establishing Yonderre as a military power in Levantia. Martinez often mocked this movement on his show, arguing against it as needless sabre-rattling. By the early 1970s, The Dom Martinez Show was still earning solid ratings, and although he was no longer a Top 40 hitmaker, his record albums continued to sell. It was also in this period that Martinez starred in the most films, particularly Frontier films where he would often play unwilling heroes. 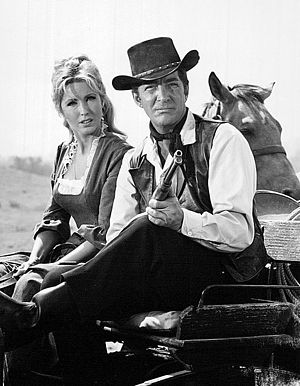 Dom Martinez with Ditte von Eichenhöhe in The Bare Way

The 1974 film drama Storms of Memory marked Martinez's final starring role, in which he played a criminal defense lawyer. He played a featured role in the 1981 comedy The Howitzer Run starring his High Rollers comrade Bastien Renault. Martinez's music had been declining slowly in popularity for several years and he had begun to fade from the public eye. Martinez returned to films briefly with appearances in the star-laden, critically and commercially successful The Howitzer Run. He also had a minor hit single with Lonely Lover and made his first music video. In 1989, he filed for divorce from his second wife, Nora. He remarried later that year, marrying Hildebrand Deque who would file for divorce in 2000. Martin, who responded best to a club audience, felt lost in the huge stadiums he and the High Rollers were performing in at Artanis' insistence, and he was not interested in drinking until dawn after performances.

Martinez, a heavy smoker, was diagnosed with lung cancer in 2004 and was told that he would require surgery to prolong his life, but he rejected it. He retired from public life in early 2007 and died of acute respiratory failure resulting from emphysema at his Gabion home on November 11, 2007 at the age of 82. The lights of the Komeon Boulevard were dimmed in his honor for a week following his death. Martinez was buried in his native Famichez.

Dom Martinez Boulevard, a boulevard of the Komeon Boulevard-area, was rededicated in Martinez's honor in 1985. Martinez remains a beloved singer, actor and comedian and one of Yonderre's most recognizable celebrities. Martinez's music still features in Yonderian cinema, video games and general public discourse, and his films, particularly those of lesser critical acclaim, are considered cult classics. Martinez's family was presented a gold record in 2010 for Lonely Lover: The Essential Dom Martinez, his fastest-selling album, which also hit the top 10 on release and eventually went platinum.