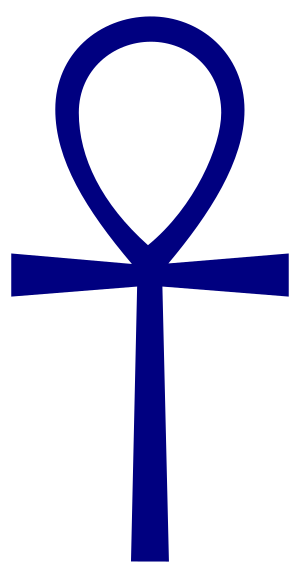 Kiravian Sectarians is a broad term for Christian sects in Kiravia that are neither in communion with the the major apostolic churches (Levantine Catholic, Coscivian Orthodox, Insular Apostolic, and [sometimes, see below] Eastern Orthodox) nor of discernibly Protestant heritage. It encompasses a number of small and medium denominations, some of which emerged in separations from the larger apostolic churches and differ from them primarily in liturgy, culture, or comparatively minor points of doctrine, while others are born of new theological and political movements or are rooted in ancient theological tendencies condemned as heretical by the ecumenical councils recognised by the major churches.

Most Sectarian groups are liturgical in character, observe all or most of the seven sacraments (with some celebrating additional sacraments), and claim apostolic succession. Many, especially the smaller denominations, were established by individuals or small groups of adherents to express a particular religious charism, and were supplied with apostolic succession by episcopi vagantes.

The higher degree of sectarian diversity in Kiravia compared with that of other countries with an apostolic Christian heritage is attributed to Kiravia's internal cultural and linguistic diversity, helvikor patrá and the unwillingness of the state to enforce religious orthodoxy, and less political centralisation and social homogenisation due to the later and briefer onset of nationalism.

Scholars of Kiravian religious life disagree as to which churches, groups, and movements should be classified as Sectarians, and the academic community is generally comfortable defining the category according to different sets of criteria to suit different research purposes. Some, by convention, exclude the Archepiscopal Church of Kiravia and the Reformed Orthodox Church due to their age, size, and long history as independent denominations with a high social profile and nationwide presence, while others include them as the largest examples of Sectarian churches.

Churches of foreign origin with a large international presence, such as the Imperial Catholic Church and the Church of Jesus Christ of Latter-Day Saints may be excluded or included, with some authors including such denominations if they have become sufficiently nativised and have a suitably large number of multigenerational native-born Coscivian adherents. Locally-organised Kiravian church bodies in communion with the Eastern Orthodox Church are sometimes excluded, most notably in government sources, while academics typically include them because their historical and social characteristics mirror those of churches uncontroversially accepted as Sectarian.

Sectarian churches are most common in the Eastern Highlands and Western Highlands, where geography and an independent culture distrustful of outsiders and lowland hierarchies have long limited the ability of the established churches to assert their authority. Complex cultural interactions between Coscivians, Celts, and Aboriginals in these areas have also contributed to the emergence of churches with unique creeds and traditions. Northwest Kirav, the Western Highlands, and Kiravian Punth are also home to many intentional communities formed by members of insular and ultraconservative sects, including many Sedevacantist Catholic groups. The Mid-Continental cultural region has many Sectarian churches, often associated with a particular locality and/or ethnic community. The areas of Kiravia where Sectarians are least common are Farravonia, where the strong influence of Catholic orthodoxy emanating from the Rosary Belt has contributed to greater ecclesiastical cohesion, and the Eastern Seaboard outside of urban centres.

South Kirav has a large number of local churches of a Sectarian character, including independent churches in the Catholic and Coscivian Orthodox traditions, congregations affiliated with the Discipular Church (itself regarded as Sectarian), churches in communion with international Eastern Orthodox bodies, and other churches of indeterminate affiliation and provenance, if any. This is due to the agrarian, localist, and semi-feudal character of the Kiravian South, the importance of the patronage of local landowners to rural congregations, and Southern opposition to the domination of the Coscivian Orthodox Church by Northern bishops.

The number of Kiravians belonging to Sectarian churches is difficult to gauge. In addition to the difficulty of arriving at a firm definition of Sectarian, many members of sectarian churches more closely associated with a larger tradition (e.g. independent Catholics, Orthodox old-calendarists) tend to self-report as simply "Catholic" or "Orthodox", and many members of smaller, more bizarre churches are likely to self-report as simply "Christian". Additionally, many attendees of sectarian churches are not formal members, and may formally belong to larger denominations or none in particular. However, it has been estimated that up to 15-20% of the Christian population in the Federacy could be described as Sectarian, though other sources put the figure closer to 8-12%.