The Kiravian West Mars Company (Kiravic: Kiravix Klen Íarþatroyansk) is a quasi-governmental joint-stock company chartered in 211207 to "undertake the colonisation and gainful economic development" of the planet Mars (Kiravic: Troyann) on behalf of the Kiravian public.

The Company's near-term mission is to develop and realise the technologies required to make regular travel to and sustained human habitation of Mars possible, in order to attain the ultimate goal of establishing a permanent Kiravian presence on that planet capable of generating revenue from mineral extraction, low-gravity manufacturing, land development, and tourism.

The West Mars Company was created in 211207 with the passage of the Kiravian West Mars Company Chartering Act by the Federal Stanora. The concept of a joint-stock space colonisation company was first floated in a journal published by the Monocle Institute, a Kartika-based security think-tank, and generated a great deal of discussion in the policy community before it came to the attention of Delegates Caledonius T.R.V. Darien (CNC - Rheovisa) and Lavran R.I.L. Kūrvamaxur (CNC - Vortisia). After consultations with potential investors and the Shaftonist-Republican leadership of the Stanora and its relevant committees, Darien and Kūrvamaxur introduced the first draft of the bill to the Committee on Spaceflight. The bill moved quickly through the committee process and was passed in a plenary session 450-62. 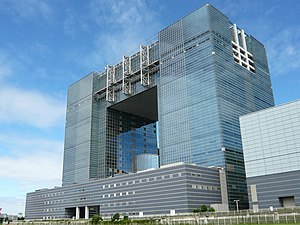 The West Mars Company is headquartered in an unincorporated area of County Ardrossan, Hanoram, nine kilometers northeast of Eregion in the Kartika Metropolitan Area, with an additional business office on Ansalon Island in Valēka. The Company claims that it conducts most of its research and development work at its Hanoram property, but also maintains several undisclosed laboratories and test sites elsewhere in the Federacy. The Company holds a peppercorn lease on Launch Site #6 at the Jade Coast Spaceport in the Melian Isles, where it launches exploratory probes and tests its spacecraft. 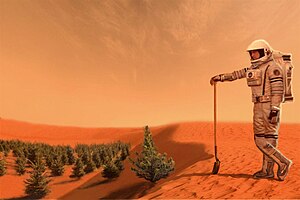 Where Kiravians go, pine trees are sure to follow.

There is a great deal of cooperation between the Company and various sectors of the Kiravian government, particularly the Federal Spaceflight Authority and Federal Astronomical Institute, which allow the Company privileged access to technical assistance and scientific data. The government has lent the Company use of military equipment and facilities for testing purposes, and has passed a number of laws affording the Company's trade secrets the same status as classified government information.