The hundreds of principalities of the Kingdom of Dericania had long been supremely individualistic throughout the history of the Holy Levantine Empire. With the outbreak of the Third Caroline War in 1843 it was increasingly clear that the princlings needed to define themselves collectively and specify what Deric means so as to safeguard against further incursions from the Kingdoms of Urcea and Kuhlfros. Disparate nationalist thinkers were brought together to come up with a unifying concept on the culture. The academics from the "interior" or "northern" parts of the Kingdom had much in common and started to build an identify. Those of "coastal" or "southern" principalities felt their history and cultural idioms were be steamrolled. The cultural concepts they espoused were foreign to the rest. It was much more tied to "foreign" influence, especially those of the Istroyan and Audonian cultures. Beyond that, the interior principalities were, on average, much poorer and agrarian than those on the coast. They had a far more isolationist attitude and still resented the coastal states for, in some cases, ignoring calls to the "southern crusades" in favor of personal gain in northern Levantia, specifically Diamavya and Yonderre.

Burgundie and the Bergendii flexing there muscle in the court of the Kingdom of Dericania (economically, culturally)

Following the cession of Eastvale to Urcea at the conclusion of the Third Caroline War, ten Imperial Princes - most notably the Margrave of Carsula - were dispossessed of their land. The Imperial Diet - dominated by Derian members especially given the Recess of the Julii - decided to pass a series of laws calling for secularization and mediatization of several ecclesiastical realms in the Kingdom of Dericania in order to compensate the ten dispossessed Princes. The Imperial Diet formed a Commission on Compensation, which reported ten potential rearranged and secularized territories for the dispossessed Princes. Critically, all ten new realms were all in territory primarily made up of Bergendii people, and included fifteen Bishoprics, four Free Monastic Communities, and two Free Cities. While Bergendii representatives were initially supportive, it became evident that the Derian majority within the Diet - supported by the Emperor of the Levantines - would compensate Derian loss with Bergendii loss, beginning what was known as Le Crise della Dix, the Crisis of the Ten, a major diplomatic and political crisis between Derians and Bergendii within the context of the Holy Levantine Empire. 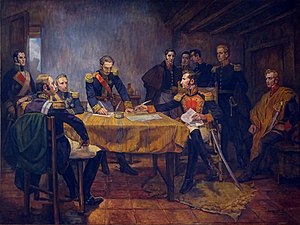 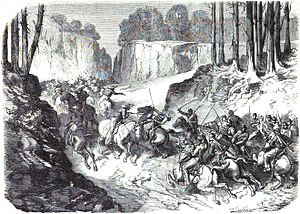 Impacts of the First Fratricide