Levantia was first settled prior to the Last Glacial Period, and was subsequently the home of many migrations as well as the rise and fall of many pre-historical cultures. By approximately 2000 BC, Gaelic people occupied a territory approximately coterminous with the modern Levantine Union and were the largest group on the continent, though their population density was relatively low. Also on the continent in ancient times were Gothic people and Slavic people, though these groups occupied small, densely populated areas to the north and west of the continent. Istroyan people settled small cities on the southeastern coast of the continent but evidently did not scout or explore much of the continent. The arrival of Latinic people in the millennium BC inaugurated Levantia into the Occident and dramatically changed the landscape of the continent, as a population explosion of Latins into Levantia lead to the creation of Great Levantia and laid the foundations for much of Catholic Levantia as understood today. Some of Great Levantia was overrun by Gothic and Slavic people from the 3rd to 6th centuries AD, creating many of the modern cultural boundaries that presently exist in Levantia.

In addition to mainland Levantia and its outlying islands, the greater Levantine region is sometimes defined as including the Great Kirav and parts of ]]Borealis]] even though it is a geologically separate island continent. Kiravians typically distinguish between their own island continent and the Levantine mainland, and the terms Levantiax ("Levantine") and Levantiem("Levantines") refer specifically to the mainland, while Ambrélevantiax and Bâvnélevantiax ("Greater Levantine" and "Wider Levantine") can include Great Kirav.

Levantia runs the gamut from a tropical equatorial climate in the southern tip of Urcea to an arctic climate in the northern portions of New Guy's name here. Northern Levantia is known for its infamous Kilikas Storm Belt, which encompasses the northern regions of Fiannria, Fhainnaeran, new guy, Hendalarsk, Yytuskia-Helvana, Covina, and Nahe, characterized by frequent and powerful temperate cyclones, thunderstorms, and blizzards that have historically made marine navigation extremely dangerous in the area. 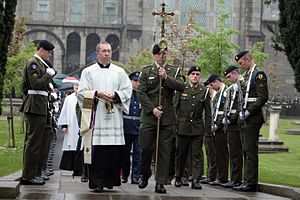 Levantia is home to a number of diverse cultural groups.

Known historically by Southern Levantines as the far north and as part of the greater concept of Ultmar, Northern Levantia typically encompasses the lands of the countries of Fiannria, Fhainnaeran, and new guy.

Known historically by Southern Levantines as Gothica and as part of the greater concept of Ultmar. Central Levantia is typically understood to mean the territory west of the Deric States, north of Urcea, and south of Diamavya. Depending on the context, western Diamavya, may be considered part of Central Levantia, but its ethnic ties to groups commonly found in Northern Levantia often cast it into that designation.

Often referred to as Catholic Levantia, Southern Levantia typically encompasses the lands of the countries of Burgundie, southern Fiannria, the Deric States, and Urcea. Depending on the context, Fiannria may be considered part of Southern Levantia, but its majority Feinii population, which is more prevalent in Northern Levantia, often cast it into that designation.

The Bergendii are a unique culture, but are phenotyped as primarily Latinic. They have mixed more thoroughly with the Istroyans and the Impaxi of southern Levantia. They have adopted the hard-nosed, stoic, and industrious dispositions. While the Bergendii reside primarily in Burgundie, there are approximately 4-6 million Bergendii who live in other countries.

Levantine Catholicism is the predominant religion on the continent, accounting for absolute majorities in all mainland Levantian states and a sizeable, rapidly growing minority in Great Kirav, where a majority of the population belong to related apostolic Christian churches. Catholic shrines and other holy sites abound and rates of religious practice remain consistently high across the continent, which houses the seat of the Holy See in Rome[citation needed] and is considered the Catholic heartland of Ixnay.

Levantia is the most prosperous of Ixnay's continents. It is home to the region's two largest economies (Kiravia and Urcea) as well as several other high-income developed nations. All countries in Levantia are considered highly developed, with strong tertiary and quaternary sectors and high standards of living. Levantian economic strength has been bolstered by continental and regional integration under the Holy Levantine Empire and the KATI free trade zone.

Arms manufacturing and other defense-related industries are a major component of the Levantian economy, meeting a strong demand for weapons systems fueled by the active foreign policies of its members. Numerous major arms firms with an global presence base their corporate and manufacturing operations in Levantia, including Kiro-Kuhlfrosian Armenwerke, Royal Sealift Company, Lansing-Mitchell Weaponeering and Royal Hunting and Munitions Company. A massive domestic, non-governmental arms market exists due to high rates of gun ownership in Urcea and elsewhere, and a strong firearms and sporting tradition across much of the continent.

In modern history, Levantia has been a comparatively stable area. Centre-right to right-wing governments prevail across the continent.

Levantine policing is known for being centralized, state-run, and overt. It is the original civilian, publicly-funded policing model but newer more localized and egalitarian have taken hold in Crona and Ixnay, known as policing by consent. Thus, by exclusion, the older, more centralized model has coined the neologism "Levantine policing".

The word "police" was borrowed from the Latin word politia, meaning an agent of the state or civil administration. It was first used in the modern sense in the mid 17th century in Urcea, but soon spread throughout Levantia. It was often associated with political and religious policing but was also used in other sundry functions of government administration, depending on the country. The word has modernized to police in the many modern languages through its adoption in the 18th and 19th centuries. However, outside of Levantia, the word, and the concept of police itself, was disliked as a symbol of foreign oppression.