Metrea is a state of the Kiravian Federacy located on the western coast of Great Kirav.

What would become Metrea is thought to have been first inhabited by the ancestors of the Varekthari people, who were later mostly displaced by the Ɣaryodan peoples who migrated south from Cascada and Ilfenóra, reducing the Varekthari to a small remnant territory around Metrea Bay. The Ɣaryodan peoples of the central valleys were later conquered and assimilated by the Yutuxno, who came down from the Emynlúana Mountains. All three groups had adopted rudimentary agricultural economies by the time the first Coscivian explorers arrived in [YEAR]. The first record of Metrea in Coscivian sources comes from Teranuv Monivera, who reached the southern extreme of the Metrea after rounding Cape Isdar and noted several coastal landforms before beginning his return trip to Ventarya.

Some Catholic mission in the Bay Area converts the Varekthari. Coscivians establish Mérosar and some coastal trading/fishing posts. Then the Missions begin, the Rosary Belt and the Catholic-Aboriginal backbone ethnic group of the West Coast is formed (Karyotem? Karyotem as a subgroup?). The General-Government of Farravonia is established and Metrea Territory is separated from it during this period.

Kirosocialism sucked, Metrea was one of the leading states in its downfall. Kirosocialist control over Metrea's internal affairs was rather weak. Afterward: Rise of the knowledge economy, Rosary Belt population magnet, role in Cronan-Kiravian trade and relations.

An example of Silver Rush Architecture

Metrea borders the states of Ilfenóra to the north, Korlēdan to the east, and Argévia to the south, as well as the Pelagic Ocean to the east. The Coastal Cascade Range of mountains lines the Pelagic coast, and its western slopes have a west coast marine climate that supports a lush temperate rainforest ecosystem, the southernmost spur of the great Kiravian Steam Forests. The Metrean segment of the Steam Forests is the most biodiverse area of Great Kirav and is home to a large number of endemic species, including the Mount Ridelvar giant salamander and the Kiravian White Cypress, the Federacy's official national tree which appears in the state's flag.

A fertile central valley, the climate of which borders on the mediterranean, spans the area between the Coastal Cascades and the Emynlúana Mountains in the western part of the state. This area is extremely fertile, and much of it is used for the commercial cultivation of spinach, bok choy, onions, leeks, scallions, turnips, cabbage, and various other vegetables.

While the largest individual city is Eparxat, at the southern end of the Coastal Cascades, the state's main population centre is the Mérosar metropolitan area, situated at the head of Metrea Bay and extending westward onto the adjacent peninsula as well as northeast into southern Ilfenóra. 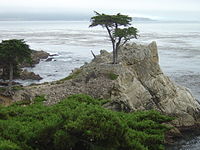 Metrea has a population of over 26 million which, according to many statistical studies, constitutes one of the best-educated, most financially-stable, and most psychologically-healthy populations in the Federacy.

Although the largest individual settlement in Metrea is the southern city of Eparxat, the state's main population centre is the Mérosar metropolitan area, which radiates outward from its core city at the head of Méromonta Bay and spills westward onto the adjoining Tergisur Peninsula and northward into southern Ilfenóra State.

The West Coast Marine Coscivian dialects, when counted as a single language, constitute the largest language in Metrea by number of native speakers. The four dialects native to Metrea - Esselenic, Isuosaronic, Kapaśian, and Kontrakosan - are the main languages of daily life and interethnic communication in the coastal and coastal montane parts of the state, and a literary standard based primarily on the Esselenic dialect spoken in and around Mérosar serves as one of the government's working languages. This official register is somewhat different from the standard written forms used in Ilfenóra, Kaskada, Venèra, and Lataskia, but is the same as the standard written form used in Argévia. Localist activists from areas speaking the other dialects (especially Kontrakosan, which has more native speakers than Esselenic but is spoken far away from the capital) have long agitated for greater recognition of written forms based on their own speech patterns.

The other two largest languages in Metrea are Serradan Coscivian and Kiravic Coscivian. Both languages have official status on par with West Coast Marine Coscivian. Serradan Coscivian is the main language of everyday life in the central valley, especially in rural areas, though Serradan-speaking communities can be found in most cities and large towns outside of traditionally Serradan-speaking regions. Kiravic is spoken as a native language by a large minority of people in and suburban urban areas, as well as in a few smaller towns established during the Silver Rush by migrants from Central, Northern, and Eastern Kirav. As the federal official and de facto national language, Kiravic is widely understood and nearly all educated Metreans can functionally communicate in the language. The state's Aboriginal languages, including Yutuxno and the isolate Varekthari, are recognised and receive some developmental support from the state government. Varekthari is of significant interest to the disciplines of language preservation/revitalisation and indigenous rights for its speaker community's remarkable success at maintaining relatively high rates of language use and intergenerational transmission despite most speakers living within the predominantly Coscivian Mérosar metropolitan area.

As several areas of Metrea are well-suited to the cultivation of hops, there are five Coscivian hop clans historically based in the state. The hopper population of the state has been augmented in modern times by individual hopper families moving to Metrea from other states.

Coscivian Orthodoxy is the largest religious group in the state, claiming some 38% of the population as adherents. Roman Catholicism, Ruricanism, Marcevangelista Catholicism, and Iduanism are the next largest religions by number of followers. Metrea is an important centre of vìutiascrálium (independent Christian congregation) activity even in rural areas, despite the fact that the vìutiascráliumæ have traditionally been an Eastern and urban phenomenon.

Metrea is described as having a laid-back but sophisticated culture and a strong middle class ethos.

Metrea is a prominent centre of Kiravian cultural life,

Golf and sports - The Mérosar Rays of the Federal Fieldball League play at [Prominent Firm] Stadium in Kelanova.

Páulus Vecostmarín has served as Chief Executive of Metrea since 21190.

Metrea has a bicameral legislature, consisting of a lower Representative Assembly elected biennially by statewide mixed-member proportional representation and an upper Conference of Delegates elected quadrennially by instant-runoff voting returning a single Delegate for each countyship.

There is a strong movement in favour of direct democracy in Metrea. Like many Western Kiravian states, Metrea makes extensive use of ballot initiatives and referenda, and allows its Chief Executive to be recalled. Many municipal charters in the state require that legislation pertaining to budgets, land use, and public utilities be approved by popular vote.

There are three types of local governments in Metrea: Sar (translated as both "city" and "town"), kosuv ("village"), and xlagūtakta ("tribal governance area"). Cities are governed by annually elected five-member commissions (except for Mérosar and Eparxat, which have seven-member commissions) and (with the exception of Mérosar) administered by a Steward appointed by the commission. Villages are governed by... The human geography of Metrea necessitates both strong municipal governments to care for densely clustered urban populations and strong county governments to deliver services among scattered municipalities and govern large areas of unincorporated land.