The island of Sudmoll is a Burgoignesc overseas bailiwick, which serves primarily as a trade island. It was colonized in 1877 for its guano reserves which was processed for saltpeter content used in fertilizer, gunpowder, removing air bubbles from molten glass and some ceramics, as well as an admixtures of the molten salt to harden some metals. 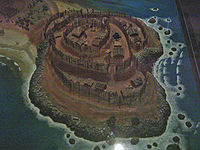 The native Hei matau population of Sudmoll call the island Motukairangi (Eng: Wonderful island). Their mythology states that they came to the island on the backs of turtles around the 13th century. Not much is known about their origins as archeology is expressly against their cultural norms and Bergendii residents and scholars have respected this practice. Any evidence of the origins of the Hei matau people is based on their oral mythological traditions. It is assumed that their mythology must be based on some variety of a realistic timeline and excavations in other parts of the Escal Isles have loosely corroborated an arrival of native populations between the 11th and 14th centuries. It is further assumed that the native populations started in the southwestern Ota'Ane and over the centuries migrated further east and north, likely settling Motukairangi (Sudmoll) last. The Hei matau's oral history recounts the culture of pre-Occidental Motukairangi as a place wrought with war and cannibalism, but also a place of art and performance. Tribal society was internally strong with strong communal bonds around food and shelter. It was however disparate and fractured outside of the tribal group, without a single island-wide identity.

Sudmoll's first Occidental vistors were Caphirian explorers during their efforts to colonize the Escal Isles in the mid-17th century. The island was noted as insula avem (Eng: Bird Island). A survey of the island in 1683 found it to be of sufficient quality for colonization, but the native population was aggressive and various settler parties were attacked ferociously and they returned to Trichi unsuccessfully each time. The Hei matau culture continued more or less unabated but trade with the Escal Isles started in earnest in the mid 1700s and a mutual understanding was reached and the Caphirians did not attempt to colonize the island.

In 1873, Burgoignesc merchants first made landfall on Motukairangi on a trade mission to Escal. They were welcomed cautiously as they were assumed to be Caphirians. Later that same year missionaries arrived and set up a mission and set to work learning the language and transcribing the Bible into the local language. It was the first time the language was codified and so it was written phonetically in Latin script. In 1875, the Bible was published and a school was established to teach the local tribe to read and write. The priests and nuns were careful not to attempt to actively proselytize, but worked under the assumption that since the Bible was the only text, that laissez-faire conversion was the best approach. This stemmed from the violent reactions to proselytization in Audonia and Punth leading, in part, to the loss of the Trade Company Empire. As the missionaries gained the trust of the locals they were allowed more access to other parts of the island. The extent of the areas abandoned to the birds was extensive and as such there were expansive guano deposits.

Using a inter-tribal war in 1876, the Protectorate of Motukairangi (Burg: Protectorat de Motuciranjie) was formed of approximately half of the island.

In 1877, the whole of the island was annexed by Burgundie as the Motukairangi colony (Burg:Colonha Motuciranjie). This period is known as the Pakeha Iwi roughly translating to the fair-skinned state (White Raj).

Following its colonization, a portion of the southern part of the island was used as a penal colony, Devil's Cove. In 1936 the need for a penal colony fell as the Burgundian people embraced "transformative justice". The facility lay in ruins until 2011 when KATI was looking for a secret military prison. Devil's Cove Detention Center, was resurrected and turned into a military prison. As part of the deal, each country was granted a wing as well as "sovereign discretion", a policy allowing each member nation to conduct activities in their respective wing without inquiry by the Burgundian government.

As part of a thaw in relations in 1974 Burgundie and Caphiria agreed to reopen trade between Escal and Sudmoll. It was around this time that a Caphirian oil exploration company found oil in the area of the Escal Isles. An agreement was made to let the Caphirians drill the oil, but that the Burgoignesc would refine and transport the petroleum, and service the rigs. For Sudmoll this meant a massive injection of spending cash. Unemployment dropped from 9% among working age adults to 4% in the course of 5 yours. By 1980, Sudmoll had one of the highest GDPPCs 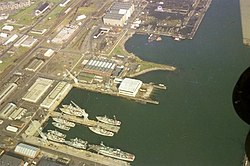